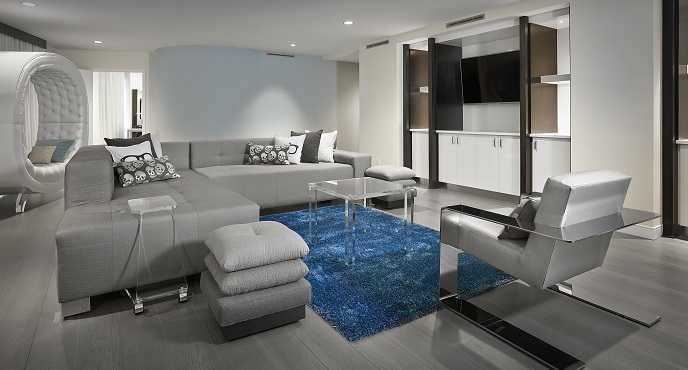 Once stigmatized as a traveler’s last resort – quite literally – airport hotels are soaring to new cruising altitudes in the accommodations industry. This bears out in the newly released AAA/CAA Diamond Awards List for 2018, where 16 recipients of the prestigious Four Diamond designation identify as airport hotels. Of those establishments, seven are in Canada, including one right here in Alberta: The Renaissance Edmonton Airport Hotel.

“Over the past two decades, we’ve seen airports reinvent themselves with everything from high-end shopping to sophisticated bistros and on-site spas,” says Nikola Berube, director of sales for AMA Travel. “Now, with rising demand for rooms and conference spaces, we’re seeing the same transformation happen with airport hotels.”

According to STR, a lodging research firm, room demand at airport locations grew by 18 per cent between 2010 and 2015. Bloomberg partially credits this phenomenon to business travel, noting that airport hotels offer ample space, come with no transit hassles, and provide an attractive option at a time of “near record-high” occupancy rates at full-service hotels.

Just six per cent of the 27,000+ AAA/CAA-approved hotels across North America landed coveted spots on the 2018 Four Diamond Award List. In Alberta, this included two hotels in Banff, four in Calgary, two in Edmonton and two in Lake Louise, in addition to the Renaissance Edmonton Airport Hotel in Leduc County/Nisku for the third consecutive year.

“We’re proud to be recognized for our commitment to service and world-class amenities with our AAA/CAA Four Diamond Award,” says David Keam, general manager of the Renaissance Edmonton. “Travellers into the Edmonton International Airport not only have the convenience of staying right at the airport, but can also be assured that their stay will be seamless and comfortable.”

All North American winners can be found here.