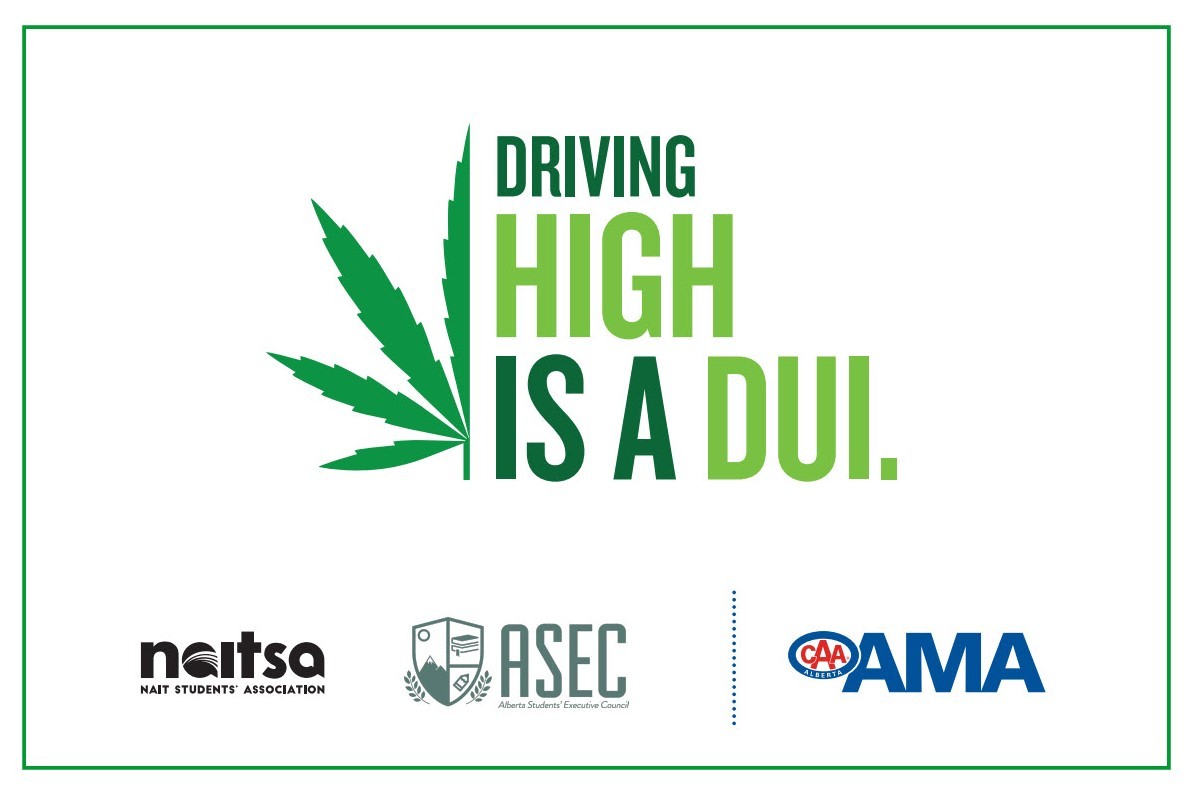 Clearing the haze around cannabis-use and driving

With the legalization of recreational cannabis just weeks away, here’s a sobering stat: only half of Canadians who use the drug believe it affects driving performance. In fact, many people think the drug improves a driver’s ability behind the wheel. These persisting myths and misconceptions simply can’t go unchecked.

Today, AMA unveiled an awareness campaign and website (DriveHighDUI.ca) aimed at clearing the haze around cannabis-use and driving. The campaign includes videos, infographics, an interactive quiz, and the rolling release of social media images designed to capture attention and communicate the message that high driving is impaired driving.

Representatives from the NAIT Students’ Association (NAITSA) and the Alberta Students’ Executive Council (ASEC) were also present at the media launch, showing their support for this safety message and highlighting its relevance to students across the province.

“Today we’re sharing a simple message with all Albertans: if you’re high, don’t get behind the wheel. Cannabis affects your reaction time, attention span, coordination and decision-making – virtually everything that’s required to drive. The facts are clear: driving high is driving impaired, and it’s just not worth the risk.”

“Students have their lives and careers in front of them. It would be tragic for someone to ruin their prospects with an impaired driving charge – or worse, ruin someone else’s prospects with one bad decision. We’re encouraging all Albertans to think of the safety of everyone on the road. Don’t drive while high.”

“Post-secondary students grew up in a culture rejecting impaired driving. Just like alcohol, cannabis negatively affects our ability to operate a vehicle safely. If you're high, you can't drive. Students are calling on all Albertans to separate the two practices."