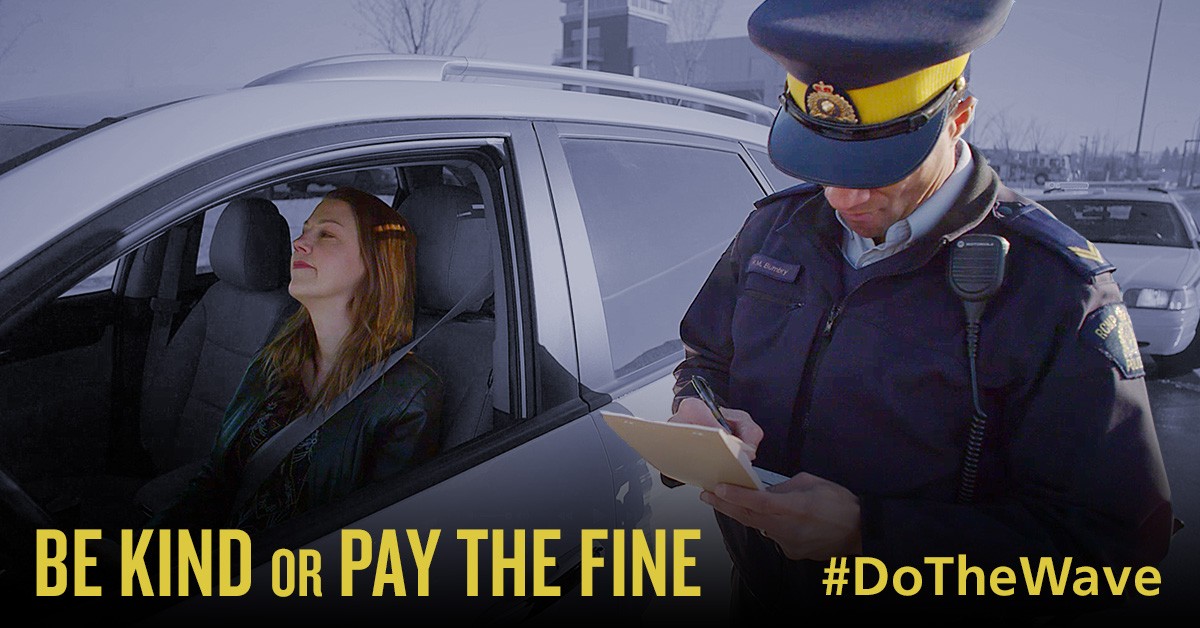 Failure to use the courtesy wave in traffic isn’t just rude; it’s downright un-Canadian! As safety advocates and patriots, the Alberta Motor Association is proud to support the new Mandatory Courtesy Wave legislation, which will enforce a sense of community on our roads.

At least, that’s what we told our members for April Fool’s Day.

AMA teamed up with the RCMP this year to create a video about a “new law” mandating a courtesy wave when one driver lets another into traffic. Although the legislation isn’t real, we were pleased to kick-start a conversation about the perceived decline of basic courtesy on our roads. This sentiment is backed up by a 2017 study for the AMA Foundation for Traffic Safety, which found nearly six in 10 Albertans (57 per cent) believe aggressive driving has gotten worse in the last three years.

Starting April 2, AMA spokespeople in Edmonton and Calgary will be happy to conduct interviews with journalists on the real-world context for this April Fool’s joke – including the value of courtesy waves, the dangers of aggressive driving, and the positive outcomes that result from good traffic etiquette.

Media are invited to download the infographic and campaign banner at the top right for any stories related to this April Fool’s prank.