FAILGATING: SURVEY FINDS ALBERTA DRIVERS GETTING TOO COZY, DESPITE RISKS 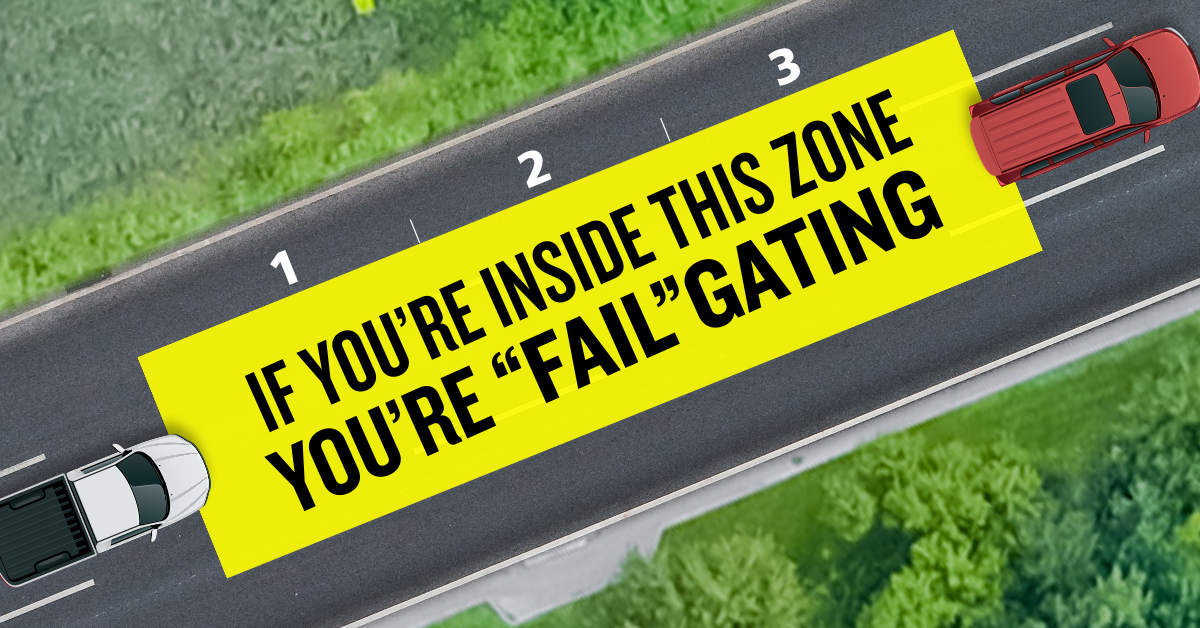 Albertans are getting too close for comfort with each other on the road, and many may not even know it.

A new Alberta Motor Association (AMA) survey finds 63% of drivers “often” or “always” witness other vehicles following too closely in traffic. Yet, when asked about their own habits, just 2% admitted to tailgating on a regular basis.

“Following too closely is the leading driver error in collisions resulting in injuries or fatalities, but many drivers don’t recognize that they’re doing it,” says Jeff Kasbrick, Vice-President of Government and Stakeholder Relations at AMA. “There’s a disconnect between what we’re seeing and what we’re actually doing ourselves on the road.”

Distraction, speeding and impatience are just some of the reasons that drivers tailgate. Others may underestimate the space needed between vehicles, or fear that leaving a gap opens the way for another driver to sneak in. Whatever the motivation, tailgating slows traffic, increases risk, and accounts for nearly a third of all casualty collisions in Alberta, which ultimately contributes to higher insurance premiums.

AMA is launching a new campaign to draw attention to this preventable safety issue, and to call tailgating what it really is: failgating. Because no matter how you look at it, tailgating is a total fail.

The campaign encourages Albertans to reflect on their driving behaviours and to follow the three-second rule: when the rear of the vehicle in front of you passes a fixed object, slowly count to three; if you reach the same object before you finish counting, you’re probably failgating.

“When you try the three-second rule and see the actual distance you should be leaving between the vehicle in front of you, it may surprise you,” says Ryan Lemont, Manager with AMA Driver Education. “But when you consider that it takes about a second to react to any changes in traffic, then additional time to brake, you can see how having this buffer zone can reduce your risk of a collision.”

The three-second rule is best when driving in good conditions at 50 km/h to 60 km/h. Drivers should adjust their following distance in poor weather or at higher speeds, aiming for a four-to-six second gap. If someone is following too closely, stay calm, resist the urge to speed up, and move into the adjacent lane to let them pass, if possible. While you can’t control other drivers, you can take steps to remove yourself from an unsafe situation.

“Ultimately, we’re all trying to get to our destinations safely,” says Kasbrick. “I think we’d all agree, road safety improves dramatically when we look out for one another. We’re all in this together.”

The By The Numbers fact sheet along with a high-resolution infographic can be downloaded at the top right. Interview clips of Jeff Kasbrick, Vice-President of Government and Stakeholder Relations, and Ryan Lemont, Manager of AMA Driver Education, can be accessed by clicking on the video files in the scroll below and selecting 'Download.'

To schedule an interview or request more information, please contact the AMA Newsroom:

FAILGATING: SURVEY FINDS ALBERTA DRIVERS GETTING TOO COZY, DESPITE RISKS