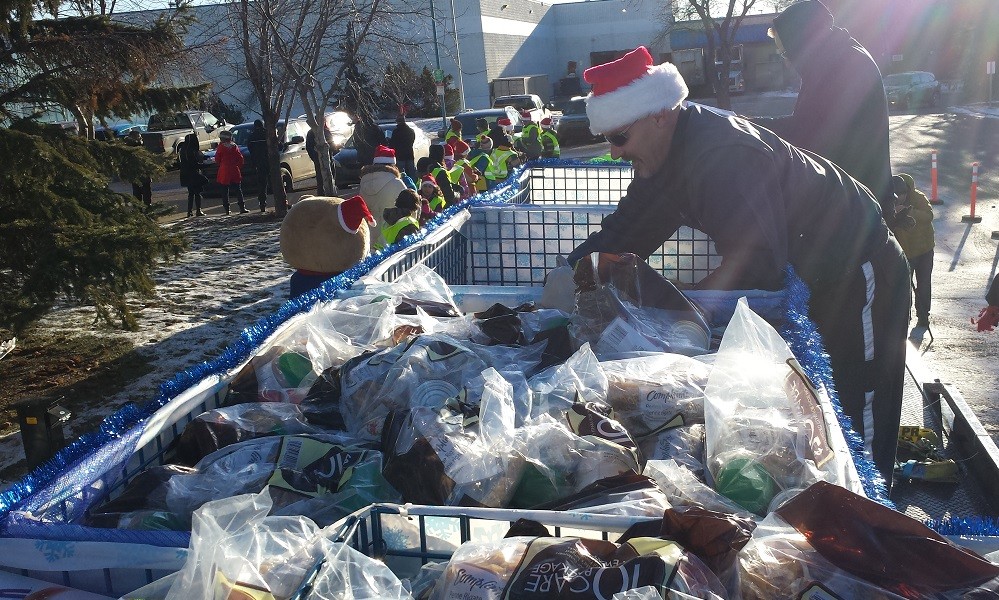 As AMA wraps up Fill Our Fleet, our annual giving campaign in support of community food banks, a new survey finds more than eight in 10 Albertans (85 per cent) will donate to charity this holiday season. It’s because of this generosity that AMA, alongside our nearly one-million members, raised $44,300 in support of food banks between Nov 21 and Dec 10.

But our work as a community isn’t done. Not only do food banks need further support to meet their seasonal goals, year-round giving is critical to feeding Alberta families.

“Albertans don’t stop caring when the Christmas tree comes down,” says Jane Flower, AMA’s Vice-President of Brand and Member Experience. “Our members consistently tell us that they want to give year-round, which is why we’re working hard to create a full calendar of donation opportunities for 2019.”

AMA’s survey shows only 22 per cent of Albertans are more likely to donate during the holidays – a finding that reflects ongoing, versus season-specific, acts of charity. In fact, 99 per cent of respondents say they’ve historically donated time, goods or money to a charitable organization; of that group, 74 per cent have done so within the last six months, and 17 per cent within the last year. 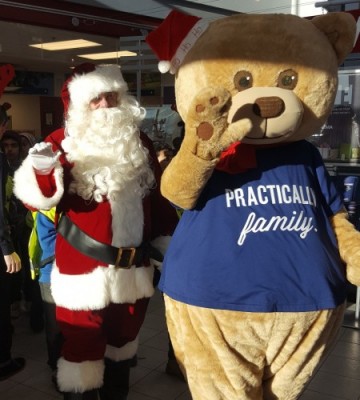 Forty per cent of Albertans prefer to donate online, 35 per cent in-person, 23 per cent have no preference, while a scant two per cent like to donate by phone or traditional mail.

Tamisan Bencz-Knight, spokeswoman for the Edmonton Food Bank, says the most important thing isn’t how or when Albertans give – just that they do it.

“We always appreciate people’s generosity during the holidays, as it’s a critical time to set us up for the new year,” says Bencz-Knight. “And when that momentum keeps up – aided by ongoing awareness and charitable investments by organizations like AMA – we’re much better positioned to help the people who need it, when they need it.”

Thirty-five per cent of Albertans give because a cause affects them or someone close to them; 28 per cent give to feel good about themselves; 16 per cent are moved by a specific plea for help; and four per cent do it for the tax write-off. Giving for “other reasons,” such as sharing good fortune, religious responsibility, and doing the right thing, was cited by 17 per cent of respondents. 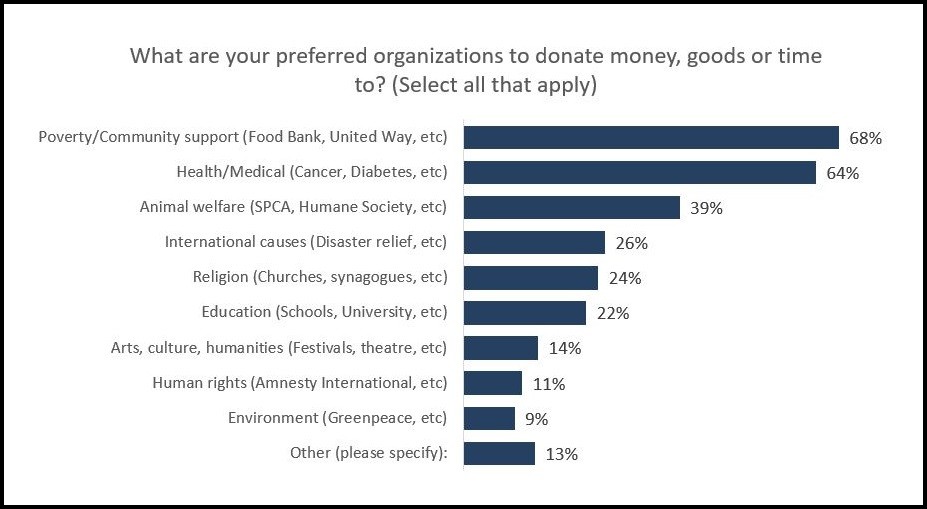