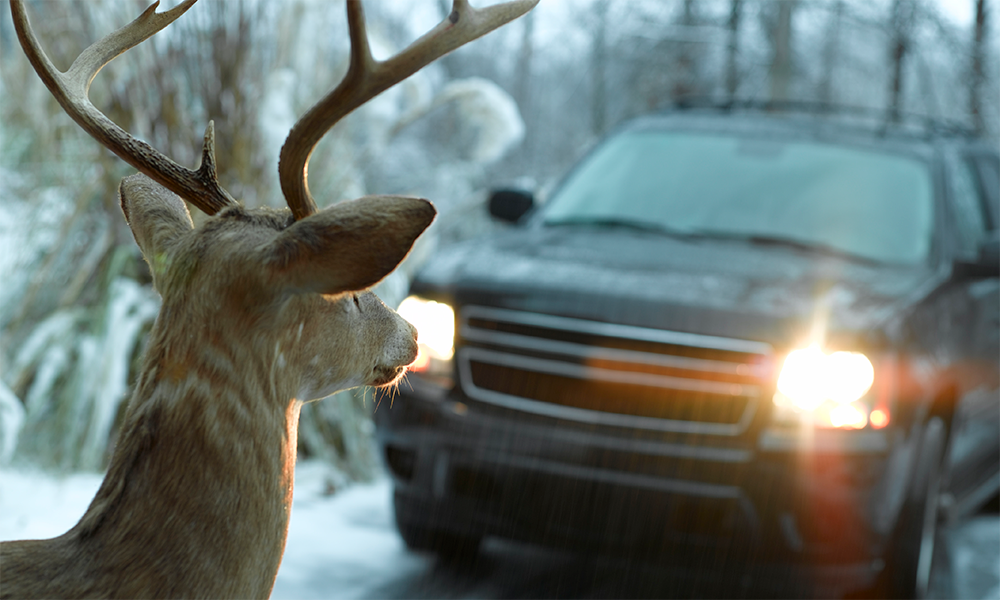 INTO THE WILD: NOVEMBER THE PEAK MONTH FOR ANIMAL COLLISIONS

There’s a wild side to Daylight Saving Time ending – and it has nothing to do with that extra hour in bed.

With the clocks turning back Nov. 3, and dusk arriving an hour earlier, commuters are more likely to be on the road when deer and other animals are especially active. In fact, November is the peak month for wildlife-vehicle collisions (WVCs) in Alberta, with deer representing about 80% of those incidents.

“A collision with a large animal can seriously harm both a vehicle and its occupants,” says Ryan Lemont, Manager of AMA Driver Education. “Using extra caution and actively scanning when you’re on the highway, in rural areas, or driving at dusk will greatly reduce your risk.”

In Alberta, WVCs are second only to hail as a leading cause of comprehensive damage claims to vehicles; they’re also among the most expensive, with the average claim topping $8,000. Total costs to the province – both directly and indirectly – average $280 million a year.

The highest risk period for wildlife collisions is October through January, between 7 p.m. and 11 p.m. Contributing factors to this threat include mating season (amorous animals can act erratically); road salt (an attraction for wildlife); and animals’ attempt to reach creeks and other water supplies in snowy conditions.

“Every hour, four to eight wildlife collisions occur across Canada. And in Alberta alone, they account for half of all crashes on rural highways,” says Lemont. “The more people can take defensive measures, the better we can protect drivers and animals alike.”

To read AMA’s safety tips for wildlife avoidance, head to our website.

Edmonton-area reporters who’d like a visual to accompany their story are invited to visit AMA South (10310 G.A. MacDonald Ave) between 9 a.m. and noon on Nov. 1, during which time we’ll be in possession of a truck that collided with a moose. Please call in advance to let us know when you’ll be coming and a Newsroom representative, along with spokesperson Ryan Lemont, will meet you.

INTO THE WILD: NOVEMBER THE PEAK MONTH FOR ANIMAL COLLISIONS