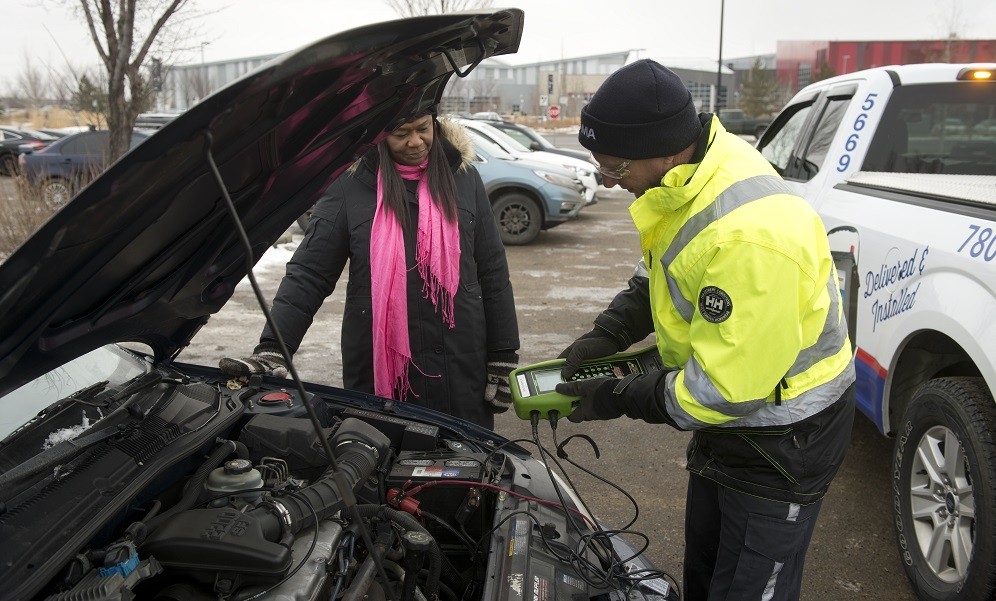 Survey: 7 in 10 Albertans not plugging in their vehicles when they should be

Albertans may be built for the cold but a new survey finds most drivers aren’t prepared for it – and that’s a big problem with temperatures expected to plunge across the province next week.

Turns out, a whopping seven in 10 Albertans don’t follow AMA’s recommendation to plug in their vehicles at -15 C; of that group, 29 per cent wait until -20 C, 11 per cent until -25 C, five per cent until -30 C, and 27 per cent say they never plug in. Just 19 per cent of Albertans dutifully plug in at -15 C, while another eight per cent play it extra safe by plugging in at -10 C (one per cent take no chances and plug in as soon as the mercury dips below zero).

“When it hits -15 C in Alberta, plugging in can mean the difference between an engine that starts and one that doesn’t,” said Ryan Lemont, an AMA Fleet Services manager. “Many people assume that newer vehicles don’t need the extra help, but frigid temperatures are incredibly hard on an engine if the block heater hasn’t been plugged-in.”

In the winter, our roadside assistance team sees nearly double the battery-related service calls compared to summer. And during the cold snap of December 2017, we hit a dubious record for both the busiest day of battery problems (2,600+ on Dec 26) and busiest week of battery problems (12,500+ between Dec 26 and Jan 1). The latter is the equivalent of an entire month of winter battery calls, or two months of summer ones.

“During summer, dead batteries are typically due to leaving something turned on – say, your lights – or the battery coming to the end of its lifespan. If we assume behaviours don’t change in wintertime, the huge increase in failing batteries can almost entirely be attributed to weather,” says Lemont. “The weak battery that got you by in the summer can’t turn over a cold engine in the winter – which is why it’s so important to plug in.”

The online survey of 2,304 Albertans was fielded by the Alberta Motor Association between Oct 22 and Oct 29, 2018.

MEMBERS OF THE MEDIA ARE INVITED TO USE THE VIDEO CLIPS BELOW, FEATURING RYAN LEMONT.

Survey: 7 in 10 Albertans not plugging in their vehicles when they should be
Newsroom Home
Newsroom Archive