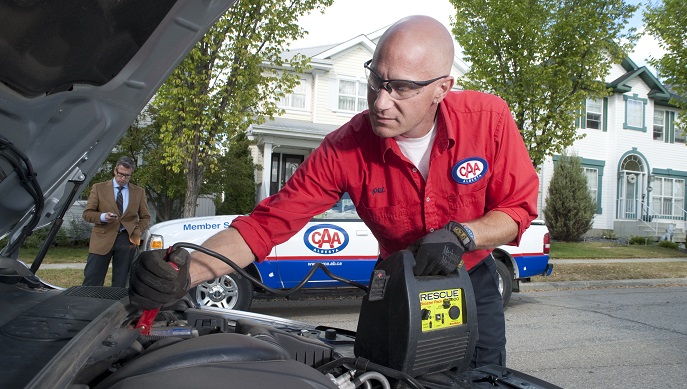 As the province eases into reopening, thousands of Albertans will face a challenge of a new kind: getting their vehicles to start. In fact, calls to AMA Roadside Assistance about dead batteries are already up 50% over the norm, even as requests for other roadside services have dropped 30% from people staying home to help flatten the curve.

“If a vehicle is left undriven for a prolonged period, the battery can lose its charge,” says Ryan Lemont, Acting Manager of Calgary Fleet. “So, while staying home has been a wonderful thing for preventing the spread of COVID-19, it’s having consequences for people’s cars.”

Google’s latest Community Mobility Report shows Albertans have indeed been staying put in enormous numbers. Visits to retail or recreation areas have dropped 45% compared to baseline, workplace visits are down 38%, and transit visits are down 56%. These trends bear out in AMA’s own data, with requests for Roadside Assistance (excluding battery) down by almost a third.

However, between March 15 (when Alberta schools closed) and April 25, we received more than 15,700 calls for help with dead batteries—a 50% increase over the same time last year. And certain periods during that time saw AMA battery rescues spike as much as 80%.

Unless people take preventative measures now, AMA predicts these numbers could worsen significantly as the province reopens and more people try to venture out.

“If you need to get to a medical appointment, or restock groceries, the last thing you need is a dead battery,” says Lemont. “Worse yet, it could die while you’re out, leaving you in a sticky situation in public at a time when we’re all trying to limit exposure risks.”

Ryan Lemont is available for remote interviews (via Teams, Skype or Zoom) from 1 p.m. until 2:00 p.m. on Tuesday, May 5. He’ll also be available to Edmonton media in-person at our South Service Centre from 10 a.m. until 11 a.m. Please contact the AMA Newsroom for further details or to schedule a timeslot.

The Alberta Motor Association (AMA) is among the largest membership organizations in Alberta, representing more than 980,000 members. As a leading advocate for traffic safety, travel and consumer protection and crime prevention, AMA represents the interests of its members to industry and all levels of government and helps protect the things they care about most. Visit ama.ab.ca to learn more about AMA’s products, services and member advocacy efforts.