Does cannabis by any other name get users as high? A survey released today by the Alberta Motor Association reveals uncertainty about the road risks of edibles, and whether they pose the same danger as other forms of the drug.

More than one in five Albertans admitted they were unsure of edibles’ effect on driving, while one in four didn’t know how the danger compared to smoking or vaping cannabis. With holiday parties in full swing, and edibles expected on shelves as early as mid-December, this gap in public awareness is a definite concern.

“Whether it’s smoked, vaped or ingested as an edible, cannabis is cannabis and should always be separated from driving,” says Jeff Kasbrick, AMA’s Vice-President of Government and Stakeholder Relations. “What's different is that edibles have a delayed effect that can mislead people into thinking they’re ok to get behind the wheel. This increases the risk of being surprised by impairment while driving.”

A 2019 CAA study in Ontario found 72% of cannabis users drove within three hours of consuming the drug, while 27% admitted they still felt high when they got behind the wheel. If similar behaviours prevail in Alberta, a province with one of the highest rates of cannabis use in the country (20%), the added ambiguity around edibles could worsen incidences of drug-impaired driving.

“There's simply too much uncertainty about edibles and the risks they pose to drivers,” says Kasbrick. “The fact is, just like other forms of cannabis, they affect your reaction time, attention span, coordination and decision-making – virtually everything required to drive. It’s just not worth the risk to get behind the wheel if you consume.”

EDIBLES & ALBERTA DRIVERS BY THE NUMBERS

26%: Albertans who don’t know how the risks compare to smoking or vaping cannabis

24%: Albertans who think edibles are riskier than smoked or vaped cannabis

45%: Albertans who assume edibles pose the same risk as smoked or vaped cannabis

5%: Albertans who think edibles are safer for drivers than smoked or vaped cannabis 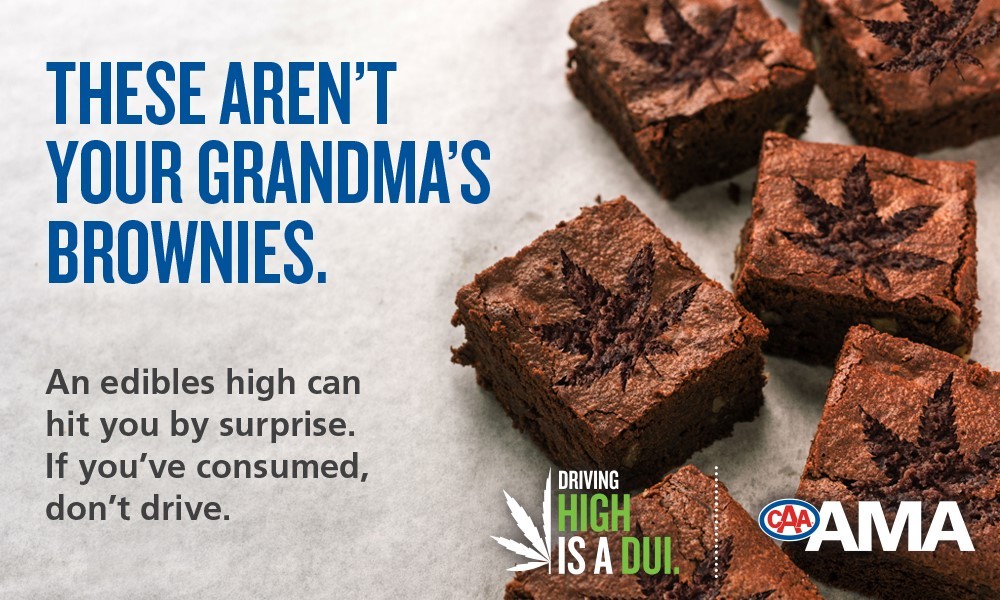