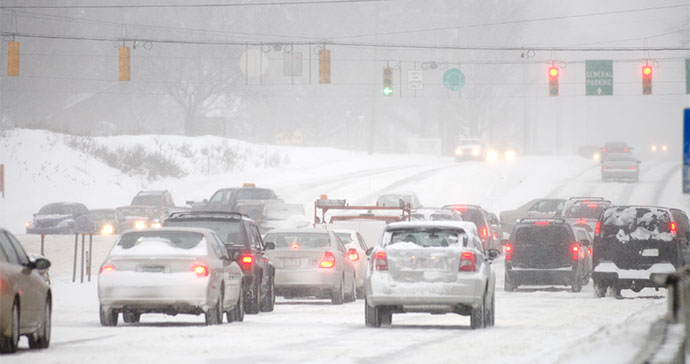 Too many Albertans ill-prepared for winter driving

Every winter, the number of roadside rescues related to battery problems nearly doubles across the province. The good news is, this cold-weather woe is almost entirely preventable; the bad news is, too few Albertans take proper precautions.

A new Alberta Motor Association survey finds 38% of drivers have either never had their battery tested, wait “until it fails for the first time,” or wait “until after the five-year mark.” In fact, vehicle batteries should be regularly tested after three years, as our harsh temperatures put them at higher risk of failing after that point.

Signs of a weak battery include:

Plugging in the vehicle is a great way to reduce stress on a battery – but AMA’s survey shows just half of Albertans (53%) take that step. It’s recommended that any time temperatures dip below -15°C and a vehicle is parked outside, the block heater be plugged in for at least four hours prior to driving.

“During summer, dead batteries are typically due to leaving something turned on or the battery coming to the end of its lifespan. If we assume behaviours don’t change in winter, the huge increase in failing batteries can almost entirely be attributed to weather,” says Ryan Lemont, Manager of AMA Driver Education.

“The weak battery that got you by in the summer can’t turn over a cold engine in the winter – which is why it’s so important to get your battery tested and to plug in.”

For drivers holding back on winterizing measures, lack of awareness appears to be a guiding factor. The most commonly cited reasons in the survey were, “I know my vehicle will handle winter just fine,” followed by, “I drive in the city so it’s not a big issue.”

But the survey did have its bright spots: virtually three-quarters of Albertans keep an emergency kit in their vehicle (74%), while two-thirds swap to winter tires (67%). A scant three percent of respondents take no winter precautions at all.

Too many Albertans ill-prepared for winter driving